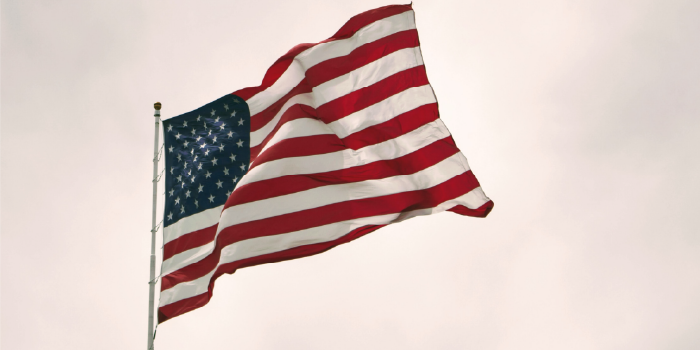 A local veteran has a reason to celebrate. After 13 years since a less-than-honorable discharge from the U.S. Army, this veteran, who we will call Frankie for purposes of anonymity, has been issued an honorable discharge thanks to the Wake Forest Veterans Legal Clinic.

Frankie enlisted in the Army at 17-years-old and served in an Airborne unit that was deployed to Iraq for over a year. During this combat deployment, Frankie witnessed horrific wartime events, including the death of close friends. Frankie also personally sustained a brain injury during a rocket attack. After this event, Frankie earned a Combat Action Badge for being actively engaged by the enemy.

After returning home from war, Frankie began to experience the symptoms of Post-Traumatic Stress Disorder (PTSD) and Traumatic Brain Injury (TBI) – a result of Frankie’s wartime experiences. Frankie engaged in minor misconduct that resulted in administrative punishment and, eventually, a less-than-honorable discharge from the U.S. Army. This minor misbehavior was directly related to undiagnosed PTSD and TBI. These conditions were left untreated and would eventually contribute to a challenging transition to civilian life.

This discharge and the underlying medical conditions that contributed to it would continue to dramatically affect Frankie’s life for the next 13 years. Before being professionally diagnosed with PTSD and TBI, Frankie faced bouts of homelessness as well as significant barriers to long-term employment. Although Frankie was able to earn a Bachelor of Arts degree with honors after serving in the Army, the less-than-honorable discharge continued to make it difficult to obtain employment.

In 2017, Frankie sought help from the Wake Forest Veterans Legal Clinic with the hope of changing military records so they would more accurately reflect meritorious service. These changes would be critical as they would help Frankie secure long-term employment and, as a result, financial security.

That’s when Frankie’s story entered the lives of Charity Barger (JD ’18) and Jilliann Tate (BA ’15, JD ’18). As students in the Veterans Legal Clinic, Barger and Tate, under the supervision and mentorship of then-Clinic Director Brandon Heffinger (JD ’14) and Adjunct Professor Christopher J. Geis (JD ’98), conducted extensive fact investigation and legal research while working closely with Frankie throughout the process.

“When I first met this client and heard this story, it was hard to hold it together,” says Barger. “This story was so compelling. I saw how difficult it was for Frankie to carry the weight of this less-than-honorable discharge.”

After countless hours of review and complex problem-solving, Tate and Barger developed an argument that concluded that a less-than-honorable discharge was an injustice. This conclusion was based on the length and quality of service, which included combat deployment where Frankie sustained life-altering physical and mental injuries, as well as post-service diagnoses and combat-related accolades. The students also argued that Frankie’s PTSD and TBI explained and mitigated the misconduct.

According to Clinic Director and Professor Ellie Morales (JD ’10), these challenges are not unique to Frankie.

Professor Morales notes that service members with less-than-honorable discharges are not typically entitled to full benefits from the Department of Veterans Affairs, which includes health care coverage and services.

“These service members also have a higher risk of homelessness and suicide,” Professor Morales adds. “It is hard to believe but sometimes they are worse off than if they had never served.”

The students brought these issues to the surface in a brief that was later submitted to the Army Discharge Review Board. After considering the evidence, Barger and Tate focused their argument on one outstanding declaration: Frankie deserved an honorable discharge.

“Petitioning for a discharge upgrade is a challenging process,” says Judge Advocate and Captain Chris Salemme (JD ’17), who was the Veterans Legal Clinic fellow who oversaw the processing of Frankie’s case.

In 2020, Frankie was finally granted an honorable discharge.

“This has changed my life considerably,” says Frankie. “Having my characterization of discharge as fully honorable has given me the opportunity for the GI Bill to further my education.”

The honorable discharge also renewed Frankie’s sense of pride for having served in the military.

“I’ve been fighting this for 13 years. Because of this result, I will now have a totally different relationship with the VA – everything used to be a fight and now it will not be. Having an honorable discharge is a huge weight off my shoulders. It really feels good to say I was honorably discharged. Now I am really proud of my service.”

After the announcement of Frankie’s honorable discharge, Barger and Tate reflected on their experience in the clinic with immense gratitude.

“Working with actual clients encouraged me to work harder,” says Tate. “I realized it was so much bigger than me – it was not about me anymore. Winning this client’s case is the most valued professional accomplishment in my life to date.”

“This one successful result also demonstrates the power and importance of clinical education,” Tate continues. “It gives students an opportunity to learn and flourish. This is life-changing for me and my client. It is so humbling.”

Barger also recognizes the importance of this experience, specifically noting how her clinical work allowed her to develop the softer skills that are frequently required, but often overlooked, in legal practice.

“I learned many skills that transferred to my civil law practice. For example, I learned the importance of truly listening to your client. I learned, through this clinic case, the importance of giving your client the opportunity to speak and that by giving them this chance you are creating a safe place for them. This skill has enabled me to develop a strong rapport with my clients in private practice.”

Students in the Wake Forest Veterans Legal Clinic have the opportunity to work closely with low-income former service members under the supervision of a licensed attorney. Clinic students help service members, who are often severely impacted by mental health challenges, racial discrimination, and a lack of access to health care, correct injustices in their records. Students collaborate with their peers, develop their client interviewing and counseling skills, conduct extensive case investigation, and draft legal arguments on behalf of their clients. They also work with medical professionals to better understand their cases and advocate on behalf of their clients.