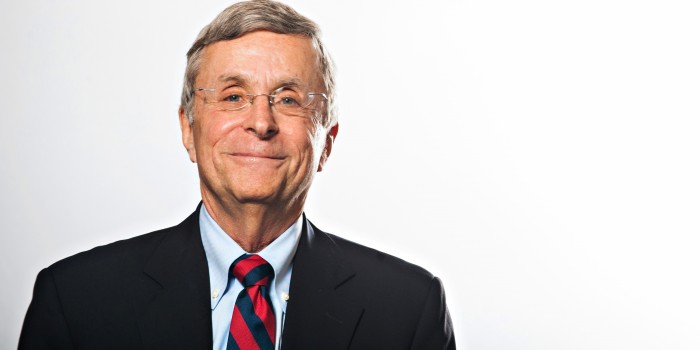 Sidney Shapiro, Professor of Law and Frank U. Fletcher Chair in Administrative Law

Wake Forest Law Professor Sidney Shapiro has been awarded the 2020 Annual Scholarship Award from the American Bar Association’s Section of Administrative Law and Regulatory Practice in recognition of his most recent book, Administrative Competence: Reimagining Administrative Law. He accepted the award, which recognizes the best work published in the field of administrative law in 2020, alongside co-author Elizabeth Fisher, professor of environmental law at Corpus Christi College, University of Oxford, in a virtual ceremony on Nov. 18 as part of the 2021 Administrative Law Conference.

“Thanks to Fisher and Shapiro’s thoughtful analysis and research in Administrative Competence, the administrative law community will undoubtedly begin wrestling anew with how to develop and deploy the intellectual and jurisprudential foundation needed to make good governance possible,” said Jack Beermann, member of the Annual Scholarship Award committee and professor at Boston University School of Law, when presenting the award.

In accepting the award, Professor Shapiro noted that historically, administrative law was regarded as the law of public administration — meaning that it simultaneously ensured agencies had the capacity to carry out their statutory mission and that when they did so, they had the legal authority to act — but was redefined in the 1960s to primarily focus on the latter, constraining public administration.

“Our book asks lawyers and law teachers to return to that larger conversation that existed before the 1960s and reimagine administrative law to once again be the law of public administration,” said Professor Shapiro. “Those statutes are a democratic commitment that law should not ignore.”

In addition to Professors Shapiro and Fisher, the committee also honored Stanford Law School Professor Anne Joseph O’Connell with the award for her article Actings, which examines open questions about temporary, “acting” leaders in federal agencies. Both the book and article were selected from a field of more than two dozen on the committee’s initial review list.

“At a time when legal scholarship has been widely and roundly criticized in some quarters for being too esoteric and removed from the work of courts, agencies, and lawyers, your works both demonstrate quite clearly how the very best legal scholarship can have immediate and important implications for contemporary law and policy,” said Ronald Krotoszynski, chair of the Annual Scholarship Award committee, in an email to the award winners.

“It’s a pretty rare book that makes an ambitious argument like this, that basically says an entire field has been missing the forest from the trees, and not really paying attention to what the heart of the subject is about. It’s an even rarer book that actually succeeds in changing the way people should think,” said Professor Wagner. “I don’t think a reader can pick this book up, read it cover to cover and put it down, and think about administrative law the same way as a result.”

In his remarks, Professor Conglianese highlighted a passage of the book that spotlights successes of public administration, like predicting the weather, running federal insurance programs, and ensuring safety standards in aviation and the nation’s food supply.

“Throughout the years, American civil servants have proven to be competent, loyal, and faithful implementers of the country’s laws, regulations, and customs,” he quoted from the book.

While mistakes in public administration are inevitable and make perfection unattainable, Professor Shapiro told discussion attendees, there is room for improvement.

“A 10 or 15 percent increase in the performance of government through thoughtful ideas in public administration and administrative law would only make the country better if you believe in what the government does,” said Professor Shapiro.

Watch the full discussion below:

The mission of Wake Forest Law is to advance the cause of justice by creating knowledge and educating students to meet the legal needs of the world with confidence, character, and creativity. We instill in students a respect for the law, a devotion to the ideal of service, and a commitment to professional values. We educate students from around the world in a richly diverse, equitable, and inclusive community. Learn more at law.wfu.edu, and stay up to date on what’s happening in the Wake Forest Law community by following us on Twitter, Instagram, and Facebook.