Adopting the right to a healthy environment into law 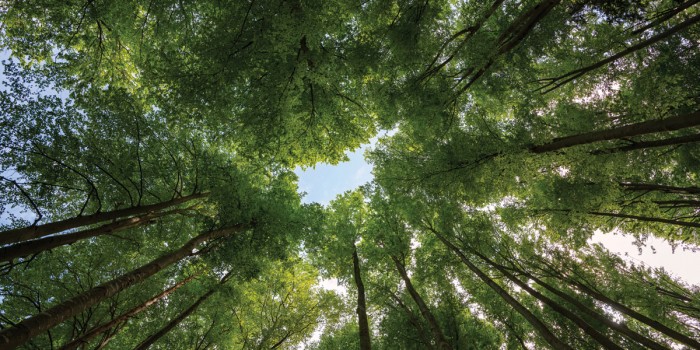 Regulatory environmental statutes have had some real success, but they’re far from complete

That regime has had some real successes. Emissions of the most common air pollutants, including sulfur dioxide and fine particulates, have fallen by more than three-quarters since 1970. Average levels of lead in the bloodstream fell precipitously after lead-based gasoline was phased out. Hundreds of toxic waste sites have been cleaned up.

However, those successes are far from complete. Tens of millions of Americans still live in metropolitan areas that do not meet national air quality standards. Many rivers and lakes throughout the country still do not meet basic requirements for swimming and fishing. The United States and other countries are still failing to make effective progress to reduce carbon dioxide emissions that cause rising global temperatures.

Increasingly, attention is being paid to the ways that environmental harm is often discriminatory: that is, it often disproportionately affects members of racial and ethnic minorities and those living in poverty. This disparity, which is sometimes called environmental racism or environmental injustice, can take many forms. Chemical plants, oil refineries, hazardous waste facilities, and other locally undesirable land uses are more likely to be located in communities that are already marginalized for other reasons. Studies show that people of color are more likely to be exposed to air pollution. The poorest people in the world contribute least to the ongoing climate breakdown, but will be the most quickly and severely affected by it.

At the international level, advocates are increasingly making the case that governments’ failure to protect against environmental harm can violate their obligations under international human rights treaties. For example, if a government fails to effectively enforce its environmental laws, the result may be higher levels of pollution that foreseeably harm the lives and health of people within its jurisdiction. Because human rights law requires countries to take effective steps to protect people from these kinds of foreseeable harms, their failure to do so has been found to violate their obligations.

Human rights and environmental activists are also drawing more attention to the threats faced by environmental defenders. In many places around the world, those who stand up against illegal and unsustainable logging, poaching, and land-grabbing are harassed, threatened, unlawfully detained, and even killed. At least 200 environmental defenders are killed every year — an average of four every week. Often their killers are never brought to justice, which creates an atmosphere of impunity that places all such defenders at a heightened risk. Even in countries like the U.S., which rarely sees outright killings, there has been a crackdown on peaceful environmental protests. Protestors against the Dakota Access Pipeline, for example, were sprayed with fire hoses in the middle of winter. In the last five years, more than a dozen U.S. states have enacted laws that increase criminal penalties for trespassing on sites with oil refineries and pipelines.

Between 2012 and 2018, I saw these issues firsthand. As the first United Nations Independent Expert (and later Special Rapporteur) on human rights and the environment, I spoke to members of civil society, academics, government representatives, and many others about the challenges they faced in defending human rights and the environment, and issued reports calling on governments to do more to protect the environment and those who defend it. The courage and commitment of these environmental defenders is not only inspiring; it also benefits the entire world by demanding a cleaner, healthier world for us all.

In the coming years, rights-based approaches to environmental protection will only increase. Individuals will argue ever more strongly they have a right not to be discriminated against in relation to the environment, that they can exercise freedom of expression and peaceful assembly in opposing harmful environmental actions, and that governments have obligations to protect them from harassment and violence for trying to defend the environment.

Rights-based approaches are already having some success with respect to the largest environmental challenge of them all: climate change. In the last several years, courts in Germany, the Netherlands, and Pakistan, among others, have all issued decisions aimed at improving their governments’ response to climate change to protect their people’s human rights. In the U.S., the Biden administration has created an Environmental Justice Interagency Council, and directed the Environmental Protection Agency to strengthen enforcement of environmental violations that have a disproportionate impact on underserved communities.

The simplest way to recognize the relationship of human rights and the environment is to adopt the right to a healthy environment into law. More than 150 countries around the world have already done so. While the U.S. is not among them, some states have written it into their constitutions. This November, for example, New York citizens will vote on whether to add a right to clean water, clean air, and a healthful environment to the New York Constitution’s Bill of Rights. And perhaps as soon as this fall, the United Nations will recognize for the first time the human right to a healthy environment. While such recognition would not in itself be legally binding, it would be a powerful symbol of the fundamental importance of environmental protection to human well-being.

This story originally appeared in the 2021 issue of the Wake Forest Jurist.