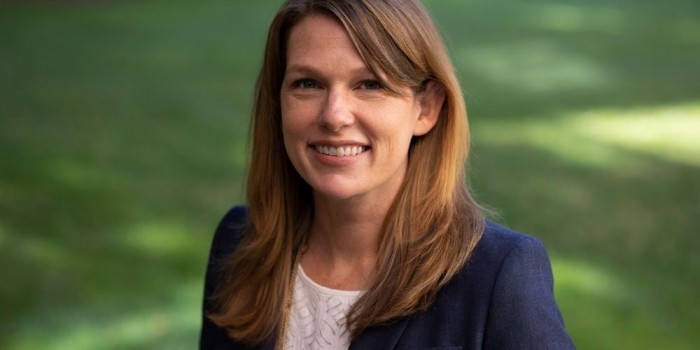 Wake Forest Law Associate Professor, and leading expert in constitutional law and reproductive rights, shares her expert opinion about the overturning of Roe v. Wade in this guest-writer piece.

On Friday, June 24th , the United States Supreme Court released its opinion in Dobbs v. Jackson Women’s Health Organization. The opinion does not differ substantially from the draft opinion that leaked in early May of this year. It upends nearly fifty years of precedent, overturning both Roe v. Wade and Planned Parenthood v. Casey, to announce that there is no constitutional right to an abortion. It does so primarily by insisting that the right to abortion is not “deeply rooted in this nation’s history or tradition,” mainly because such a right did not exist in 1868, at the time of the ratification of the 14th Amendment.

While also not outlawing abortion, the Court’s opinion allows states to regulate the procedure as long as such regulation meets rational basis review – the lowest and most deferential standard that is applied to state law. The Court’s opinion does not address whether states that choose to prohibit abortion must make exceptions for the life or health of the pregnant person, rape or incest, or cases of fatal fetal anomalies. But its articulation of appropriate state interests – including respect for fetal life and concerns about fetal pain – suggest that the majority believes that no such exceptions are constitutionally required.

While the majority opinion, authored by Justice Samuel Alito, states that this reversal does not necessarily affect other categories of substantive due process rights – including the rights attached to contraception, intimacy and marriage – the cramped interpretation of the 14th amendment that he uses to interpret the right to abortion would be equally fatal to many if not all of these rights, as they were also not recognized at the time of the passage of the 14th amendment. Indeed, women and sexual minorities were afforded little to no rights in mid-19th century America.

Finally, in a single paragraph, the majority opinion rejects the Equal Protection Clause as an alternative basis for the constitutional right to abortion, stating that “a State’s regulation of abortion is not a sex-based classification and is thus not subject to the ‘heightened scrutiny’ that applies to such classifications.” It announces that such a conclusion is required as a result of earlier precedents, although why the majority believes the Court can re-visit the fundamental holding of Roe and Casey but not its prior pronouncements on whether regulations regarding pregnancy and abortion constitute sex- based classifications that would trigger heightened Equal Protection review is not explained.

Justice Thomas and Justice Kavanaugh joined the majority opinion, but also filed concurring opinions. Justice Thomas’ concurrence states explicitly that the court should revisit its prior substantive due process rulings on the constitutionality of contraceptive bans and bans on same sex intimacy and marriage. Justice Kavanaugh’s concurrence focuses on the need for the Court to be “neutral” on the question of the constitutionality of abortion, by which he means leaving the determination to state legislatures.

The Chief Justice concurs in the judgment, and filed a separate concurring opinion, in which he explains that he would have upheld the 15-week abortion ban that was at issue in the case, while leaving open the question of whether there was any constitutional right to abortion throughout pregnancy.

The dissent, jointly authored by Justices Breyer, Kagan, and Sotomayor, argues that the majority opinion is wrong in a number of respects. First, they contest the history that the majority opinion uses to argue that the right to abortion is not firmly rooted in the nation’s history and tradition. Second, they point out the obvious fact that if the scope of protection afforded by the 14th amendment is limited to only rights that existed at the time of its ratification, then many rights Americans currently enjoy and depend upon would cease to exist. Finally, the dissent argues that the majority’s approach to stare decisis is incorrect, and that their failure to respect stare decisis in this case is “a radical claim to power.”

To say that this is a watershed moment in constitutional law and a huge step back for the legal and social equality for women is an understatement. While the Court has sometimes overruled prior precedents, before its opinion in Dobbs, it has only done so to expand, not retract, individual rights and liberties. While it remains to be seen what the social and political response to the Dobbs decision will be, it seems very clear that at a minimum the decision will further erode the public’s trust in the Court and their belief that the Court is somehow above the normal political fray of the other branches of government.

Finally, there is no doubt that the Dobbs decision will result in devastating harm to women and all people who have the potential to become pregnant. The majority opinion is cavalier with regards to these harms – either ignoring them completely or suggesting that the availability of paltry unpaid family leave, insufficient state-sponsored medical coverage for pregnant people, and “safe haven” laws somehow erases the physical burdens of pregnancy and birth and the psychological harms of being forced to carry these burdens contrary to one’s own wishes. It also does not address at all how prohibitions on abortion also affect other types of healthcare – including pregnancy loss management, assisted reproductive technology, or any treatment for a medical condition that might result in harm to a pregnancy from the earliest stage, including such routine care as x-rays.

And contrary to the expressed wishes of the Justices in the majority and the concurring opinions, there is zero chance that this opinion will quell in the slightest the political divisiveness that has plagued the abortion issue for the last several decades. Indeed, it seems quite likely to further inflame a country that is already divided on this – and many – issues.