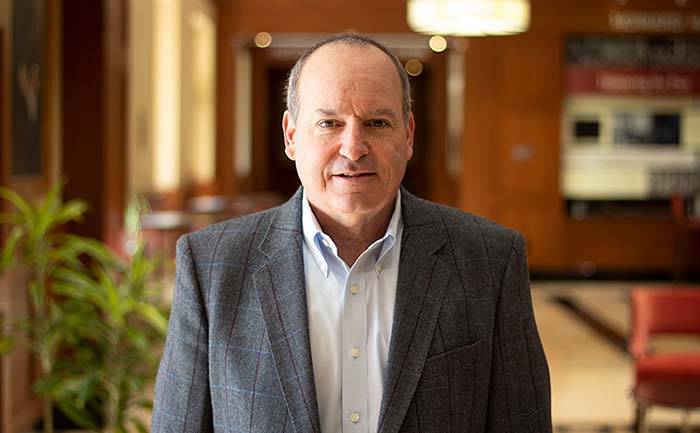 Chris Martin is the new Assistant Dean of Academic Affairs at Wake Forest Law. He comes to this position from Northwestern University where he served in the same role. At Wake Forest Law, he will oversee the academic policies and procedures for all its academic programs, including the JD; international LLM, SJD, and visiting researchers; and MSLs. He is also responsible for managing the Registrar, developing initiatives that contribute to the strategic priorities of the school, and helping us evaluate and streamline academic processes in areas such as advising and degree requirement, course scheduling and exams, program and curriculum review, learning and outcomes, committees and academic events, enrollment, and registration.

While at Northwestern, he also taught several courses as Assistant Clinical Professor and served as faculty advisor for many years in an International Team Project that took him all over the world, including Morocco, France, Argentina, Chile, Turkey, Thailand, Myanmar, Peru, and Tanzania. When asked to share some memorable experiences from his travels, he began, “ITP is more like investigative journalism than traditional research.” Then went on to recall the work his students did in Argentina researching a statute that required children of the “Dirty War” of the late 1970s and early 1980s to submit DNA samples to try to identify their birth parents. It was a dark period in Argentina’s history, when about 30,000 Argentines disappeared after being abducted by the military. Women who were pregnant at the time of their abduction were kept alive to have their babies, who were then given to friends of the military. His students were able to interview many of the people affected, including Miriam Lewin, a woman who disappeared at 18. They learned her story of survival in captivity, which was only possible because her fluency in English was useful to the government.

It also happened that Wright Thompson, from ESPN The Magazine, was in Argentina at the same time. The ESPN journalist was so impressed with them that he took the group under his wing and facilitated interviews all over Buenos Aires, including one with Abuelas de Plaza de Mayo, a group of women who had been marching weekly demanding to know what happened to the children of their children who had disappeared. It was “a very emotional interview,” Chris recalls.

During these trips, they sometimes paired countries that shared long borders for their studies. On the Argentina/Chile trip, for example, he says, “I was struck by the differences … Legally, legislatively, and culturally, the countries are so different.” In spite of their shared border, Argentina was battling corruption, economic instability and political disarray, while its neighbor Chile had the best and most consistent economy in South America and a strong democracy.

As he reflects on what drew him to Wake Forest and his new role, he shares, “I did not know that much about the school until my oldest son decided to enroll in the fall 2020 first-year undergraduate class at the University. Through the process of getting him on campus during a pandemic, I was extremely impressed by how the University worked with its students and their families. There is a sense of community that is very strong.” It was this connection to the people he encountered during the interview process—faculty, staff, and a group of about 15 students he met in October—that sealed the deal for him. “Of course, Winston-Salem winters compared to Chicago didn’t hurt!”

He is settling well in his new city, milder winter and all. He has already been hiking in Pilot Mountain State Park, which left him excited to explore North Carolina’s fantastic State Parks. “I’m looking forward to exploring them all,” he exclaimed. And on a foodie note, he shared, “I also grew up in Kansas City, so I am already comparing and contrasting North Carolina BBQ with what I had growing up. So far, so good!”

When asked how his philosophy as an educator and administrator has evolved, he shares: “Over the past 15 years, I have changed the perception of my role as an educator from one who stands in front of students lecturing to one of collaboration with students as I play a role in getting them to where they want to be. I find myself asking a lot more questions, and doing quite a bit more listening.”

The students, faculty, and staff at Wake Forest Law are lucky to have him.

Remy Servis (JD ’22) is pursuing a JD/MA in Bioethics at Wake Forest Law. She is a health law and policy fellow as well as the managing editor of Awaken: The Creative Journal of Contemporary Bioethics.

END_OF_DOCUMENT_TOKEN_TO_BE_REPLACED

Growing up in a family of lawyers and pastors, Hannah Norem’s (JD/MDiv ’23) passion for law and divinity began in her childhood and it continued to grow during her undergraduate experience.

END_OF_DOCUMENT_TOKEN_TO_BE_REPLACED

Vincent Bivona’s (JD ’23) successful participation in the 1L Trial Bar Competition pushed him out of his comfort zone and allowed him to identify his strengths and passions for the law.

END_OF_DOCUMENT_TOKEN_TO_BE_REPLACED

Sophia Konanc’s (JD ’23) internship in a federal judge’s office opened her eyes to the possibilities law school offers and helped fuel her drive for public service through law. END_OF_DOCUMENT_TOKEN_TO_BE_REPLACED

Precious McLaughlin’s (JD ’22) thesis work on the adverse effects of solitary confinement continues to inspire her drive to eradicate injustice. She is the founder and leader of Wake Forest Law’s Society for Criminal Justice Reform (SCJR) and also serves as a coordinator for the Wake Forest Prison Letters Pro Bono Project.

END_OF_DOCUMENT_TOKEN_TO_BE_REPLACED

Nick Christopherson’s (JD ’23) theatre and moot court experiences inspired him to pursue the world of law.

END_OF_DOCUMENT_TOKEN_TO_BE_REPLACED

Megan Abney’s (JD ’23) experience as a foster parent and teacher solidified her desire to become a child advocacy attorney, beginning with her current training to become a court-appointed advocate for children.

END_OF_DOCUMENT_TOKEN_TO_BE_REPLACED

Maryclaire Farrington’s (JD ’23) experience working with an attorney inspired her to pursue law school so she could provide future clients a voice and a change for the better.

END_OF_DOCUMENT_TOKEN_TO_BE_REPLACED

Karen Surian’s (JD ’23) personal experiences with immigration law inspire her and drive her to enact change in the legal world on behalf of minorities and women.